An orphan is any child who has no parents; either they are dead, unknown, or they have permanently abandoned him or her.

How do they Survive?

These children are housed in orphanages for a number of years after which they are released to go cater for themselves. Their chances of survival are slim as some of them are unable to get quality education and home training. As a result, they resolve to stealing or using other dubious means to survive.

This has also resulted in an increase in child poverty globally. Below are highlights of 7 facts that galvanized UNICEF and partners to end Child poverty: Source (UNICEF)

We now have a huge opportunity to change these facts, and support efforts to end child poverty as part of the new SDGs.

Voice of Freedom foundation offers a great opportunity to care for, restore and plant seeds of hope in the lives of these children. The children are given a chance to rise above circumstances and become useful members of the society.  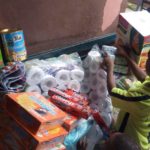 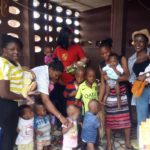 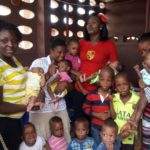 Our visit to Edo state Orphanage in Nigeria.

We Voice of Freedom invite you to actively be a part of the solution. Lend a helping hand now. Visit our website www.thevoiceoffreedom.org; to get involved and you will be glad you did.